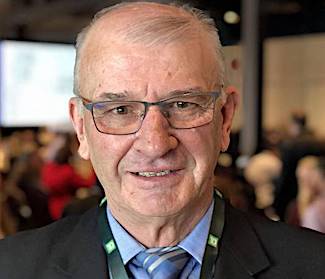 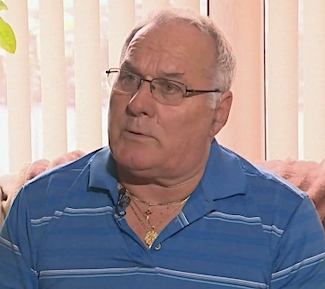 Grabher's critics are as indifferent to the free speech rights of those they disagree with as Joseph McCarthy’s apologists ever were....

Growing up in the 1950s and '60s in the United States, where right-wing scoundrels turned patriotic symbols into political cudgels, left me with a lifelong aversion to flags, ribbons, lapel pins, and other obligatory trappings of national fealty. When I moved to Canada, this aversion morphed into a disinclination to wear poppies. As best I can tell, most Canadians see the poppy as a neutral symbol of respect for veterans. Social pressure to wear it is strong. Acquaintances and strangers alike view my failure to fall in step as inexplicable, disrespectful, and distasteful. I regret this. After years of attempts to...

Cliff White sides Bousquet: I love the discussion about the superports. Tim Bousquet nailed it. You will remember that a lot of the hype about the Atlantica concept was based on the same false assumptions. During that debate one brilliant supporter suggested reducing transportation costs by hiring Mexicans at low wages to drive the trucks. At the time I was working for The Council of Canadians. I was heavily involved in organizing against the initiative, until that is I realized it was a delusional pipe dream cooked up by AIMS and some elements of the business community.  At that point I stopped...

James and Deborah Fallows have been visiting remote corners of the US by small plane to tease out the secrets of successful local economies. In Eastport, Maine, they heard lots of talk about the potential of Eastport's deep, ice-free harbour, and relative proximity to Europe, to attract European trade. I noted that the same case has been made for Canso, where construction of the causeway to Cape Breton in 1955 inadvertently created a similarly deep, ice-free superport. Inveterate boosterism deflator Tim Bousquet of  The Coast, a Halifax newsweekly, isn't impressed: I think boosters of both the Canso and the Eastport "superports"—and you and...

Why doesn’t Quinpool live up to its promise? – updated

TV producer John Wesley Chisholm,  whose Arcadia Entertainment production company is located on Halifax's Quinnpool Road, wonders why the street never quite achieves its potential as a great urban neighborhood. In some ways it’s a classic mainstreet. But it’s schizophrenic. It’s a highway with a hundred hidden driveways. It’s a shopping district and residential street. It’s six lanes wide in places, narrow in others. It’s a pedestrian arcade yet almost impossible to cross conveniently. It’s highspeed traffic and slow drag. It’s a parking lot and a thoroughfare. One thing is certain, it’s tired. The faces of the buildings are tired. The wires,...

Tim Bousquet, pugnacious news editor of the Halifax news and entertainment weekly, The Coast, responds to Contrarian's chiding of local media for failing to cover issues surrounding The Old Mill's closure. Hardly a week goes by that someone isn't asking me — usually angrily — "Why isn't The Coast covering issue X???" There are a variety of reasons. The Coast — which is basically me, plus whatever freelancers I can lure with a minuscule budget, and the occasional intern — isn't covering an issue. Sometimes the issues are too far afield, out of our distribution area, so aren't a priority. Sometimes other media...

[See update/correction below] The Coast, a Halifax weekly paper, has produced a devastating account of Halifax Mayor Peter Kelly's mishandling of the estate of  a family friend who had named him as executor and sole trustee of her modest fortune. In a prodigious piece of reporting, News Editor Tim Bousquet lays out the complex story in relentless detail, layering  fact upon devastating fact through 5,000 words, illustrated with cancelled cheques and sketchy legal and financial filings. It's too complicated to summarize here, but please read it yourself, especially if you are a resident or voter in HRM. Bousquet's work sometimes suffers from his habit...